General news, updates and other observations.

Firstly let me commence by wishing you all a Merry Christmas, I hope you haven’t had to release your belt notch out to far as you recover from your food induced comas.

There has been quite a bit happening of late, and sadly for myself not much in the way of scanning due to a work promotion and the arrival of child no.2 four months ago.

Back in August 2015 we reported on how Victoria Police was to migrate from their existing VHF Voting Network to a new system. You can read that particular article here: The AOR AR-DV1 & encryption looming for Victoria Police rural communications. 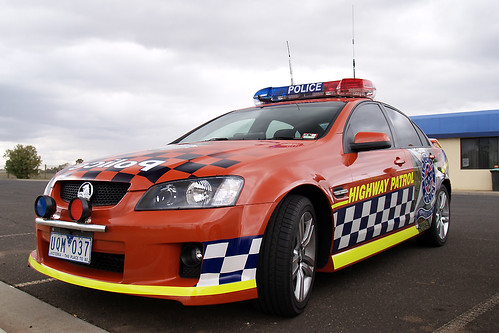 Telstra has won the contract to supply and maintain radios and related equipment for Victoria Police in rural areas. The project will provide encrypted communications for all Police operations in those areas and give country based Police the security their big city brother and sisters have enjoyed for over 10 years now. Image courtesy of Chris Maxwell.

Last week it was announced that Telstra had won the contract to supply, install and maintain the new radios as part of a seven year deal. As many had speculated and advised, Victoria Police rural communications will migrate to the RMR Network and be encrypted.

Telstra in partnership with Motorola supplied and installed the RMR Network, initially for the Country Fire Authority, although there has always been plans to open the network up to other government users as part of a much bigger plan to lessen the amount of systems used by ESO’s and related entities.

As to which radio will be supplied that is still open to speculation and I understand there has been some evaluations being undertaken. News reports advise more than 8000 radios for Victoria Police, Victoria State Emergency Services, Life Saving Victoria and Corrections Victoria will be rolled out as part of the deal.

A news release from Premier Andrews states the following;

Importantly, the new radios will stop communications being intercepted by the public through a smartphone app or scanner.

The contract delivers on an election commitment and provides more than 8000 radios for Victoria Police, Victoria State Emergency Services, Life Saving Victoria and Corrections Victoria, and can be expanded to provide radio support services for other Government agencies.

Work is underway upgrading the radio towers with further work on key base infrastructure in early next year enabling the roll out of the in car and hand held radios from middle of 2017.

The Minister for Police Lisa Neville was quoted as saying; “After four years of inaction by the former Liberal Government we’ve got on with the job of delivering for country police and ensuring they have the modern resources they need to catch criminals safely and effectively.”

“The safety of Victorian Police is our highest priority and we’re making sure that the public can’t listen in on police operations and they have the right tools to catch criminals.”

Whilst the Minister for Emergency Services James Merlino said; “We’re providing our emergency services personnel with the resources they need to effectively respond to emergencies and keep Victorians safe.”

“This sophisticated technology is more secure, has better voice clarity, will reduce the risk of communication failures and improve safety for our emergency services personnel and the community.”

I’d be expecting a dual band radio, particularly for the Police, to permit operation on both the RMR Network (VHF) and the MMR Network (UHF). The same may be a possibility for the State Emergency Service, and whilst not mentioned in recent reports also Ambulance Victoria. This would fix some of the issues raised from the Royal Commission in to the Black Saturday fires of 2009 relating to radio supply and operation of such by Victoria Police members sent to assist.

In short vehicles from Metropolitan areas with MMR radios fitted were obviously useless in the rural area where there were no MMR towers and in some cases the Officers were supplied rural radios to use instead yet were unfamiliar with the radio type and its operation. Time will tell.

So as many who are familiar with the above mentioned units these are not sold directly by Uniden Australia, they are instead sold under licence by Pacific Telecommunications and are the ‘local’ version of the BCD436HP & BCD536HP units sold by Uniden America.

Many would also be familiar how there was no real set plan to release local units initially by Uniden Australia, for whatever reason or debate, until came the time the Country Fire Authority set about wanting to replace some widely used Motorola branded ‘listening sets’ (scanner damn it!) used by its members. The consideration for such units for its members was due to the CFA’s migration to the RMR Network and EOI’s were called. From that ‘local’ versions of the BCD#36HP units were born, with the expected UBCD prefix.

There was an embargo date put in place until the public could obtain a unit, one would suspect to ensure CFA members wanting a unit had first preference. I’m told this was not the case, but no real explanation or reasoning has ever been provided for the date embargo.

So now we come to the reason of my touching on the above units again.

The BCD325P2-AU shown here retains the ‘BCD’ prefix of US units, a move away from the usual ‘UBCD’ we’re used to seeing locally. Instead the units designation in ends in ‘AU’, obviously denoting Australia. (Image supplied courtesy of Jim of Ozscan).

Whilst the BCD996P2 was never released on the market here in Australia or New Zealand the BCD325P2 was released locally as the BCD325P2-AU.

A simplistic label on the rear of the BCD325P2-AU is the only visible means to denote that the unit differs slightly from the US BCD325P2 units. (Image supplied courtesy of Jim of Ozscan).

We, like some others, are assured that Uniden Australia are negotiating and working behind the scenes to procure and release the paid DMR upgrade option for the UBCD436-PT and UBCD536-PT units, there has been no mention if this will include an upgrade path for the BCD325P2-AU.

While we’re discussing the ability to upgrade units to DMR capable units Uniden, can we please sort out that ridiculous issue  Australian owners of US units have faced that in order to procure the upgrade option you have to have a credit card registered to a US address. Absolutely ridiculous and not ideal at all, whilst some have found a way around the issue (virtual credit cards and the like) it just simply is not good enough.

If the whole credit card fiasco is due to limiting potential exposure to credit card fraud I think you may find the US leads Australia in credit fraud. A recent Nilson Report confirms this and goes on to state; ‘the U.S. currently accounts for 47% of global credit and debit card fraud even though it generates only 27% of the total volume of purchases and cash’. But I digress, it is what is.

I recently visited the ACMA online database to quickly chase something up and noted a ‘warning’ has appeared on the search page.

Visitors to the page are now seeing this: ‘WARNING: Searching Assignments by Site Postcodes or Site Postcode ranges is now deprecated. [See explanation on this Help Page]’.

When you visit the help page a further explanation is provided and states;

‹ Whistler releases TRX-1 & TRX-2 scanners with DMR.
Where are the RMR radio ID’s? ›