It has been some time since our last article and needless to say plenty has been happening.

AOR launched their AOR AR-DV1 Receiver. In the following weeks there appeared to be mixed reviews on various forums as to the performance of the receiver.

Some of the initial performance concerns appear to have been rectified by subsequent firmware updates, however some users still appear aggrieved by the lack of certain functionality and information not displayed on certain modes they’d expect to be able to see, such as colour codes and slot usage details.

As expected there is no ability to follow trunking networks built-in to the unit. This may eventually follow suit with some other AOR products in that an ‘add on option’ can be installed at some point though.

Whilst on the subject of trunking, please stop using as an excuse that this is a ‘receiver’ and not a ‘scanner’ as an argument for the lack of built-in trunking ability. That has never been an argument of any great strength for many years now.

Whilst I have yet to use one of these receivers myself I’m unable to comment on how it would handle local conditions here in Australia. I do think we need to give credit to AOR though for creating such a unit in this format that takes the initial steps in having available a unit on the market that can cover some of the modes that are growing in use.

I know here in my hometown of Melbourne, some of those modes are widespread and continue to grow in use.

Some of those modes have been in use for some time now and it was hoped we’d see them in Uniden’s BCD436HP and BCD536HP, however some, me for one, were left disappointed when they weren’t.

So whilst the AR-DV1 appears to have its faults at least it is providing hope and we know they’re working on it. Hopefully Uniden are now spurred on a little and are working on making our dreams come true? Please, pretty please?

Victoria Police rural operations to be encrypted by 2017

By far the biggest news in Victoria for the scanning hobbyist is that Victoria Police are moving to an encrypted communications system for its rural operations.

Whilst it was inevitable, I can’t help but feel we have only ourselves in part to blame for the decision to hasten the project so it happens sooner rather than later.

The planned move to an encrypted communications network will mean that Victorian Police Officers based in rural country areas will finally have secure communications, well over 10 years since their metropolitan & greater Geelong area brothers and sisters were afforded such a system in the Metropolitan Mobile Radio (MMR) Network.

Whilst Victoria Police started planning long ago for the replacement of its existing analogue VHF Voting Network, and its accompanying access to the StateNet Mobile Radio (SMR) Network based on MPT1327 trunking protocols, it received a massive boost in momentum during the last election. 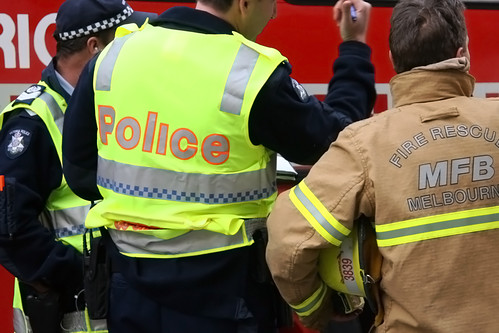 Over recent years there has been an increase in unauthorised, and lets face it, moronic, individuals programming transmit capable equipment and either blocking Police Officers transmissions or simply swearing, playing music, challenging and insulting Police as they attempt to go about their duties.

All the above are issues that were once also encountered by Police Officers in the Metropolitan areas when they utilised the old National UHF 64 Channel allocation. However the issue of unauthorised users on the network was virtually eradicated once they moved to the MMR Network as each radio needs to be ‘authorised’ to access the system and in order to be able to transmit on it.

The other matter that has caused great concern amongst Officers is the emergence of numerous Smartphone apps that stream webcasts of individual’s scanner streams, which in most instances will include the Victoria Police frequencies.

There are some who would argue this is no different to carrying a portable scanner about, however it is obvious there is a little more to it in that Smartphone’s are used by a far greater number of the general public than what scanners are and as such there would be a hell of a lot more people now with access to Police communications.

The above matter was really bought to the fore during one particular Police incident, a pursuit in October 2014.

The pursuit lasting several hours, involving at least 4 carjackings and involving at one point as many as 30 Police vehicles, 2 Police helicopters and covered some 300 odd kilometers was listened to by nearly 9,000 people according to some media reports and statements. It has been stated in that most of those listeners were on Smartphone apps, however we need to acknowledge somewhere in there was a scanner or SDR dongle feeding those apps. Also it could be argued that a fair amount of those 9,000 listeners were also listening to via the comfort of the internet stream on their work and home computer.

Whatever way you try to group or breakdown the figures, it was a lot of listeners for one incident and doesn’t include the bloke in his radio shack, truck, car, or lounge room with a scanner.

Victoria went to the elections in November 2014 and with it a promise by Labor to give country Police secure communications. In short Labor won, and shortly thereafter the announcement that the wheels of encryption were turning a little faster. Labor announced in the 2015 budget $11.5 million in new funding and Victoria Police announced the 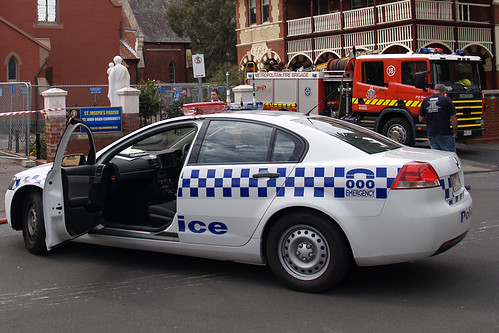 redirection $23.8 million from their existing budget and planned upkeep of the existing radio network, as well as funds they’d been allocating to any new proposed system they were looking to build for the future.

It is planned for the new system to be implemented in its entirety by January 2017.

It is speculated we will in essence see an expanded Rural Mobile Radio (RMR) Network. This network was initially built for and is currently managed by the Country Fire Authority on behalf of the State Government. Eventually the management of this network will pass to the Emergency Services Telecommunications Authority (ESTA) just as the MMR Network.

It is envisaged that other Government entities, such as the SES, Ambulance Victoria (Rural), Corrections Victoria as well as Surf Life Saving Victoria will also access the RMR Network.

The RMR Network is identical to the MMR Network albeit based on VHF frequencies as opposed to UHF which is what the MMR utilises. Both share the same system ID and are based on P25 protocols.

Victoria Police moving to a new communications network is a lot more though than just stopping unauthorised persons accessing their communications, it is also about rectifying some of the identified shortcomings highlighted during Royal Commission into the Black Saturday fires of February 2009.

In particular interoperability issues such as those outlined by the Police Association of Victoria to the Commission on behalf of its members under ‘SYSTEMIC ISSUES – COMMUNICATIONS.”

Some of the points of concern and issues highlighted included;

“The Commission has heard a considerable amount of evidence from police in the field on 7 February about the difficulties they experienced communicating with each other and their respective communication centres. It is clear from that evidence that such difficulties were life-threatening both for police and those they helped. The uncontradicted evidence before the Commission is that such difficulties were caused by, amongst other things, the schism between police rural and urban radio networks and the scattered call-taking and dispatch facilities.’

“It is likely that such difficulties would not have arisen if two of the main initiatives supported by SIPSaCs had been met: (a) the establishment of multi-agency virtual call-taking and dispatch facilities in metropolitan and regional Victoria to service the entire State; (b) the provision of a common digital mobile voice communications system that is accessible to all public safety organisations throughout the State (in particular common to police).” 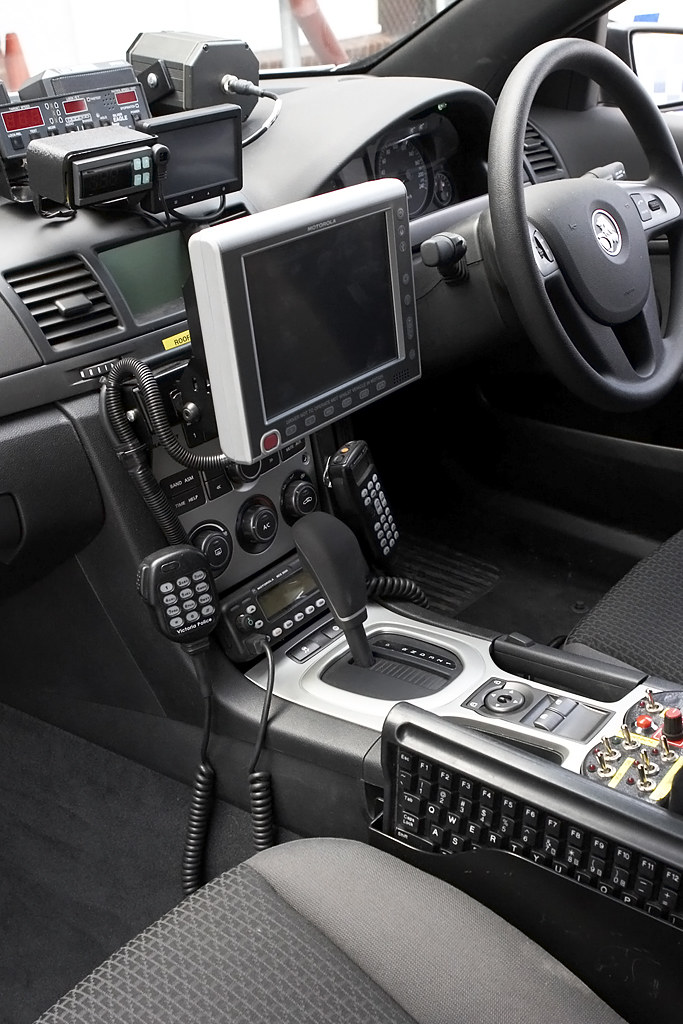 “Instead, on 7 February 2009 police in the field had to deal with the inability of SMR radios to communicate with MMR radios and vice-versa as well as delays caused by scattered manual call taking and dispatch facilities.’

“Superintendent Billing gave evidence that for the 2009-2010 fire season Victoria Police had put no measures in place to deal with the radio communication problems experienced by police in the field on 7 February 2009. He explained that in some cases when police from Melbourne were provided with analogue radios, the radios wouldn’t work for want of a “repeater”. The members to whom these radios were provided weren’t necessarily aware of the need for a repeater because they were used to using digital radios. This is a significant risk in circumstances where an emergency requires the deployment of members from urban locations into rural areas where the technology may be incompatible. He agreed with the proposition that such a situation was ‘downright dangerous”.

“The Chief Commissioner, Mr. Overland, gave evidence that the lack of radio resources and the inherent problems experienced by police as a consequence in the field on 7 February could occur again. He agreed with Superintendent Billing’s assertion that police from metropolitan areas who were temporarily relocated to rural areas to assist with `local’ emergency response could not be provided with analogue portable radios to facilitate their contact with the relevant communications centre because Victoria Police possessed insufficient radios.”

In May of 2015 Victoria Police made public their fears that criminals may have been listening to unencrypted Police communicators to locate possible firearms to steal. Chief commissioner Tim Cartwright revealed rural firearm officers had stopped radioing in their locations when conducting safety and licence checks for fear thieves were using the information heard to note addresses and details of where firearms may be found.

So there you have it folks, it’s happening and our days of listening to Victoria Police are coming to an end. If you’re desperate you could always dial up the odd Victoria Police HF frequency and wait for the odd transmission, you may need a lot of patience though.

‹ Will we see a Uniden unit selected for CFA Volunteers?
Possible changes to the MMR Network and a new customer. ›